Why Building in the Current Alberta Economy Makes Sense 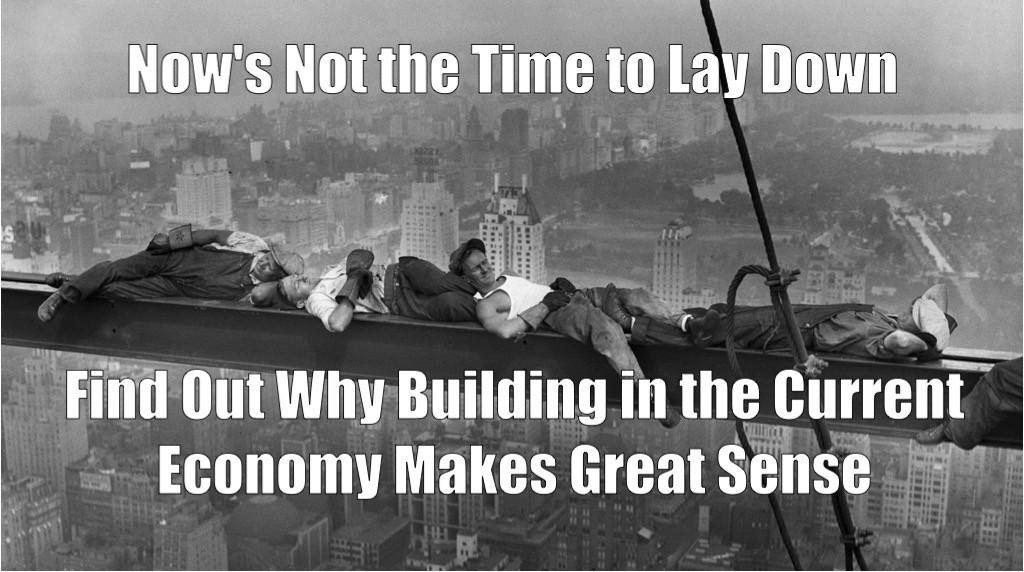 If you’re a commercial or industrial business considering development in Alberta, there’s no escaping the news about the economic challenges faced by the province. It’s the talk of the town (province). But as a business, you know that opportunity often lies where others see defeat. This concept certainly applies to new commercial and industrial development in the province, right here and now. Today we take a look at why your company could greatly benefit from starting a commercial/industrial build in Alberta this year.

With lower interest rates on Central Alberta acreage and greater availability the cost of getting in on prime land for your construction project is better than ever. When the economy makes its anticipated comeback, your cost per acre won’t be anywhere near the same.

Labour adds a considerable expense to any construction project. However, under the current economy, construction labour supply in Alberta is bountiful. This serves to reduce the cost of skilled labour and allows you to reduce your expenses during the building process.

It’s not just the cost of labour being reduced. Federal, provincial, and municipal bodies are handing out tax incentives to attract new business. But it goes beyond that. Your cost of acquiring materials for both construction and operation are reduced. You can get materials and machinery at a fraction of the cost (than you would during the normal course of economic activity) at one of the many auctions occurring throughout the province. In addition, suppliers of goods and services needed in construction and operation are reducing prices and giving up unprecedented concessions, all of which will benefit your new build.

The cities and towns of Central Alberta have always been welcoming to new businesses, with municipalities making the business license and permit process relatively seamless (if your affairs are in order). Because of this, a flood of enterprises have been lining up to get in during booming periods. This can slow down the permit process somewhat. But during this period of transition, the process of getting a building and development permit will move along much faster, putting you ahead of a pack that will arrive once again in the future.

5. Access to a Large Talent Pool for Your Business

Human resources are the key to longterm operational success for your business. As an enterprise entering the province you will need to match local talent to your business. With the executive labour pool wide open, you will find highly qualified professionals to suit your needs, be they commercial retail managers, manufacturing supervisors, CFOs or CIOs.

6. Striking Before the Iron Gets Hot (Again)

Age-old success stories are born from times such as these. Alberta has seen it before and without question we will return to form given the fact that we’re the industrial capital of the country. For starters, the province is on the verge of a strong agricultural surge. Then there is the $8.5 billion provincial injection into the local infrastructure that will either directly or indirectly benefit your build. In addition, as a potential B2B you are getting in at a time when prospective clients are seeking to switch suppliers, presenting you with the opportunity to capitalize and fulfill their needs. One of the most important elements to all of this, is brand reputation (for B2B and B2C alike). By entering the local economy during this challenging period you make a very positive impression on the populous. You instantly gain strong PR favour from the local municipality, media, residents, and the entire business community. Your positive brand reputation begins the moment you break ground.

Ready to get the conversation started about building in Central Alberta while opportunity is knocking? Call us at 403.340.6777 anytime.