3 Signs Commercial Construction Will Grow in Central Alberta for 2018 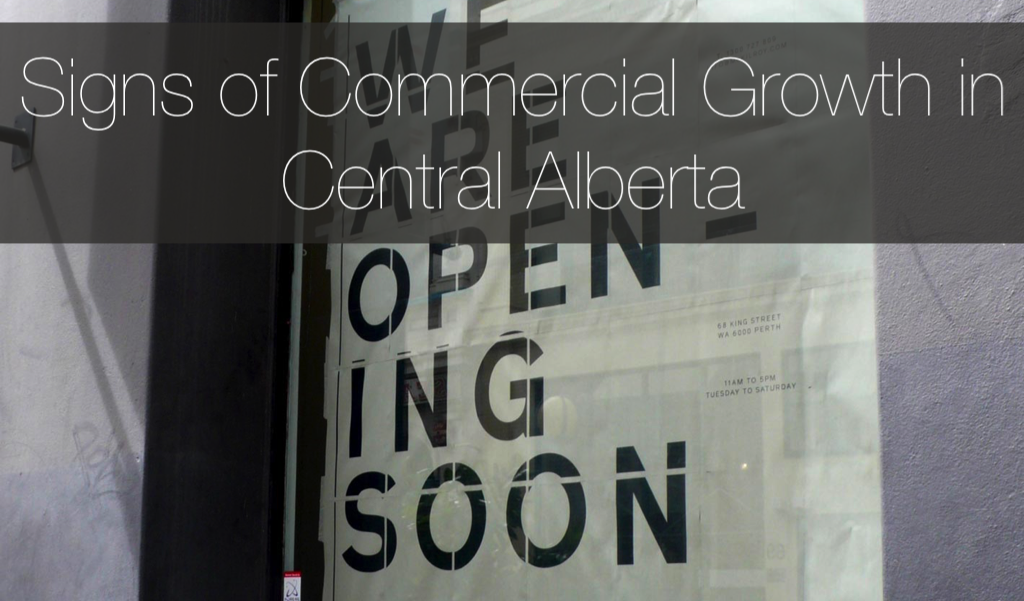 2017 was a rebound year for commercial construction in Central Alberta. The post-recession pattern is positive, and more importantly, it’s proving to be a sustainable one. So here we are at the onset of 2018, and your commercial enterprise is considering entering, or expanding within, the region. You’ll be happy to know that you’re picking a great time to break ground, as those that get in early (post-recession) reap the benefits of commercial lot availability, lower labour costs, and an expedited building permit process. To further fuel your ambition to capitalize on Central Alberta’s return to boomtown status, we have detailed the key signs that you are indeed making a wise decision to grow your commercial brand along with the province.

You may have heard that non-residential construction spending in Alberta for 2017 was at its lowest in four years. Those news reports need to be taken with a hefty grain of salt and tossed into the wood chipper. For one, there was a “decline” in 2017 because the province was coming off of an all-time record high, a peak of $3 billion in commercial construction spending in 2015, and thus the pattern fell in line with what any economist would expect to see in a post-recession period. But what you really need to know, is that the expected decline, was felt in the two biggest urban centres of Alberta – Edmonton and Calgary.

And what about Central Alberta? Commercial building activity is positively buzzing between the twin metropolises. Let’s take Sylvan Lake (our head office) for example. In 2017, the quaint town completed a new strip mall, added a new Freshii outlet, a nail salon, convenience shop, and furniture store, with all businesses reporting strong sales. Even the community’s landmark ice cream store is undergoing expansion. And with the new marina townhouses going up for sale, additional commercial growth in the area is projected. To see that kind of development in a post-recession year is quite telling for the year, and years, ahead. And what about the rest of the area? Major retailer Lowe’s just opened its doors in Red Deer, while the city’s Bower Place shopping centre just received the thumbs-up to redevelop its largest anchor space into a two-storey addition. Over in Penhold (another town we can help you build in) several new businesses have recently opened, with several more expected by the end of the year.

The above three (Sylvan Lake, Red Deer, Penhold) are just a few examples of how the cities/towns of Central Alberta are outpacing the big urban centres of Calgary and Edmonton. The future is here, where your commercial business will want to be.

This week, TransCanada confirmed commercial support for Keystone XL, with primary construction slated to begin in 2019. It goes without saying that experts predict that the pipeline will provide the province with an economic boost. It will bring energy sector workers back into the province for the long haul, driving up overall disposable income, increasing the demand for a variety of products and services, and injecting money into the commercial sector.

Not only are Albertans staying in Alberta, it looks like households are leaving other provinces to come here. For example, year-end reports show that Saskatchewan saw a drop in housing construction while Alberta’s boomed, which is due in part to the consistent pattern of migration from the easterly province to our own. Another very positive economic indicator, is that the old 2016 recession pattern that had Albertans leave the province to BC, has now begun to reverse. British Columbia is reporting that they’ve experienced a dramatic 20+% drop in inter-provincial migration from Alberta. As the population steadies and grows in a sustainable fashion, so will the longterm demand for products and services, along with the corresponding need for commercial business (you!) to support the demand.

If you’re ready to reap the rewards of building (or expanding) your commercial business in the early stages of Central Alberta’s economic regrowth, we encourage you to contact Apple Building Systems, today.